An Organizational Powerhouse – The Four Roles of Story (Part 3) 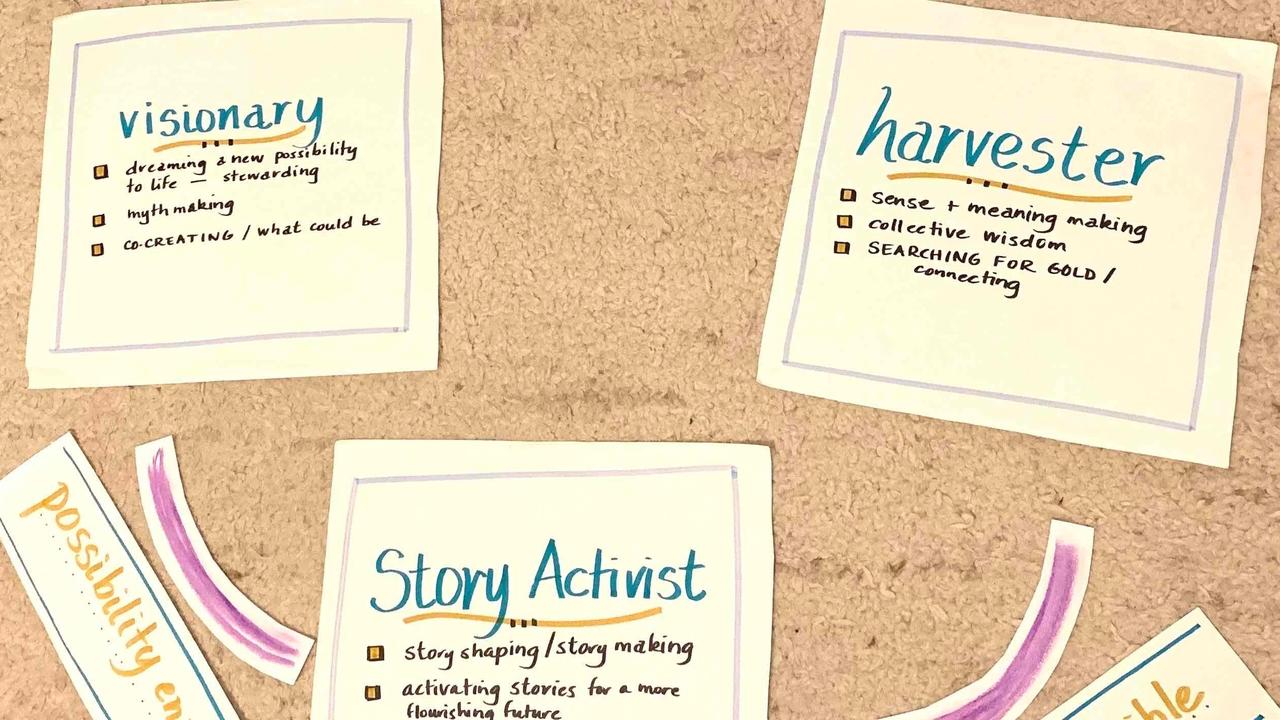 Story is already the currency of organization. We trade stories all day, every day, no matter where we work or live. That means they are the lifeblood of every organization, determining its health, well-being and future viability. If you want to story to become an agent of future potential, though, there are four roles you might want to take a closer look at.

Consider yourself an anthropologist and use story as a way to look at organizational culture. Ask yourself the question: “What’s here?” and do some fieldwork. What stories are being told? What’s their focus? Are they positive or negative? Who is telling them? Who doesn’t get to tell stories or who is marginalized? What’s the impact of the stories?

You can tell a lot about the health and connectivity of an organization by the stories being told. So what is alive in the system (s) you are part of? What kind of a StoryField are they? Since any person, place or thing is a collection of all the stories told and held about it, what can you tell about the field? Is it generative or not?

You might want to collect stories simply by listening, but you could also think of using Appreciative Inquiry, Anecdote Circles or narrative collection or mapping.

Between this role and the next lies the concept of storycatching – listening out for, finding and working with the stories in the field.

A Harvester is someone who looks out for the fruits of the harvest and decides what to do with them. This is a role that asks: “What does it mean?”. Once we’ve collected stories from the system, it’s time to have a deeper look and do some collective sense and meaning making.  It’s time to connect the dots. A word of warning here – don’t do this alone! Sensemaking is always strongest when it comes from people directly impacted by or working in the story. When you’re working with a group, for example, ask them to do the sensemaking. Then they own it and it comes out of the field, rather than being applied to the field.

There are many ways to work with stories including Collective Story Harvest, Most Significant Change, and many sensemaking modalities.

Between this role and the next lies the concept of making visible. The more you can surface about what’s really going on, the more possibility there is to make generative changes. 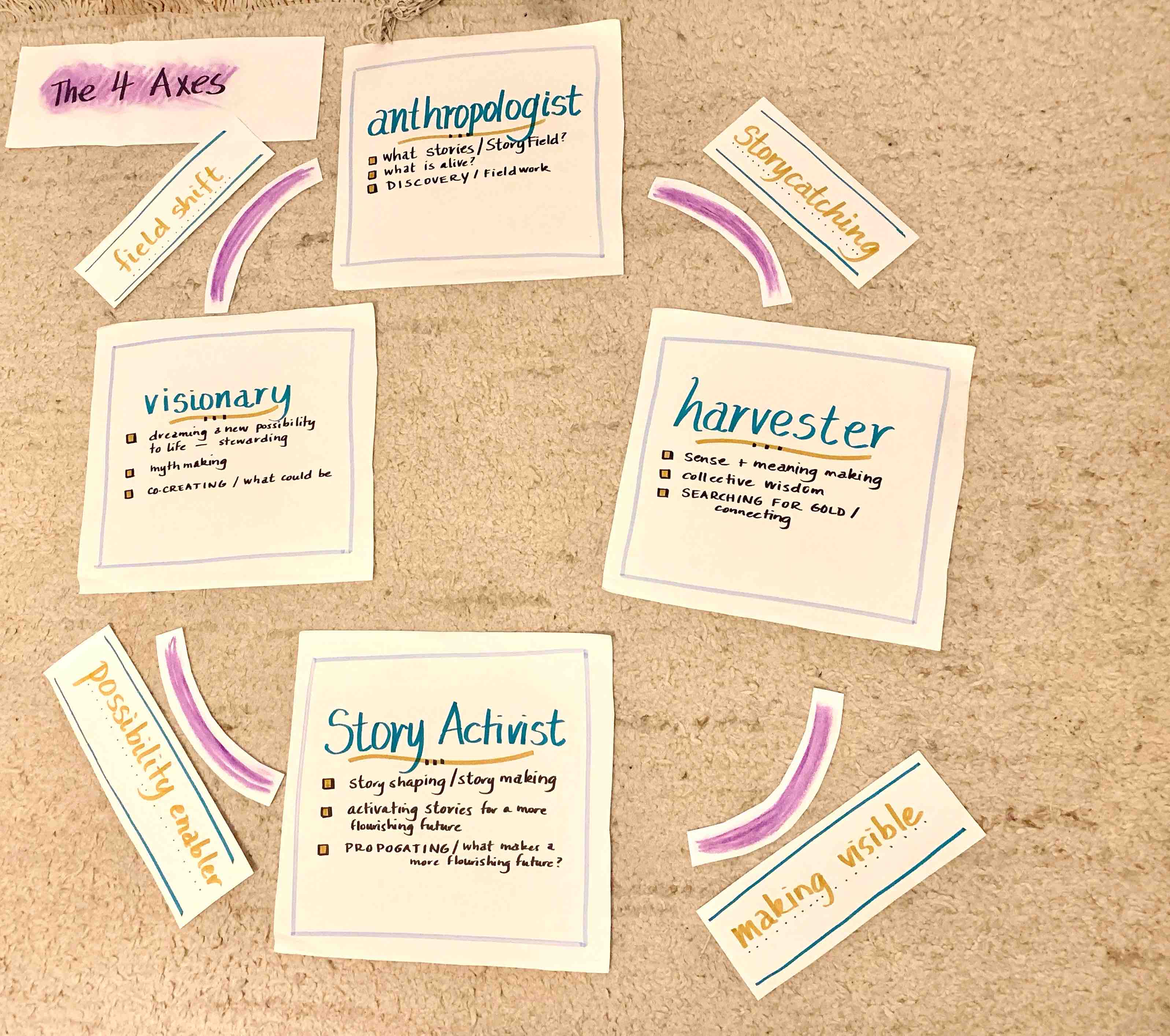 With the question “What can we do with it?”, the Story Activist is someone who is a storymaker or storyshaper. Here the focus is on using story to make generative change in a system and activating stories for a more flourishing future. “Activating” means placing time, attention and focus on a storyline and supporting it to become embedded in the system. If the intention is to build a more horizontal structure or an emphasis on great teaming or a focus on equality and equity, then finding and sharing stories of where this is happening will help to pattern the space for more of this to be seen and appear.

What stories do you, the leadership team or others need to be collecting and sharing to change your organization for the better? What would happen if you would take hold of the currency of organization and make stories more visible?

Between this role and the next lies the concept of possibility enabler. The more you work with stories and learn how to shape them, the more you can shape your future.

The Visionary asks: “Where does it go from here?” and “What could be?”. Using story as a medium of co-creation, they work on crafting and spreading future stories., dreaming a new possibility to life. This is the realm of mythmaking and takes in the role of stewarding the new into being.

How could everyone become engaged in dreaming the next possibility into being? Where could collective crafting of the future story – or its elements – take place? How will the new story be brought to life?

Between this role and the first lies the concept of fieldshift. This is the ability stories have to impact human fields, shifting them either for the positive or negative, depending on how the stories are focused.

Story is already at work in every moment – these four roles offer a pattern of how story can be a partner at work inside of organizational structures.

To see more about story at work in groups, have a look at the previous posts in this series: