Developing the ecology for community narratives 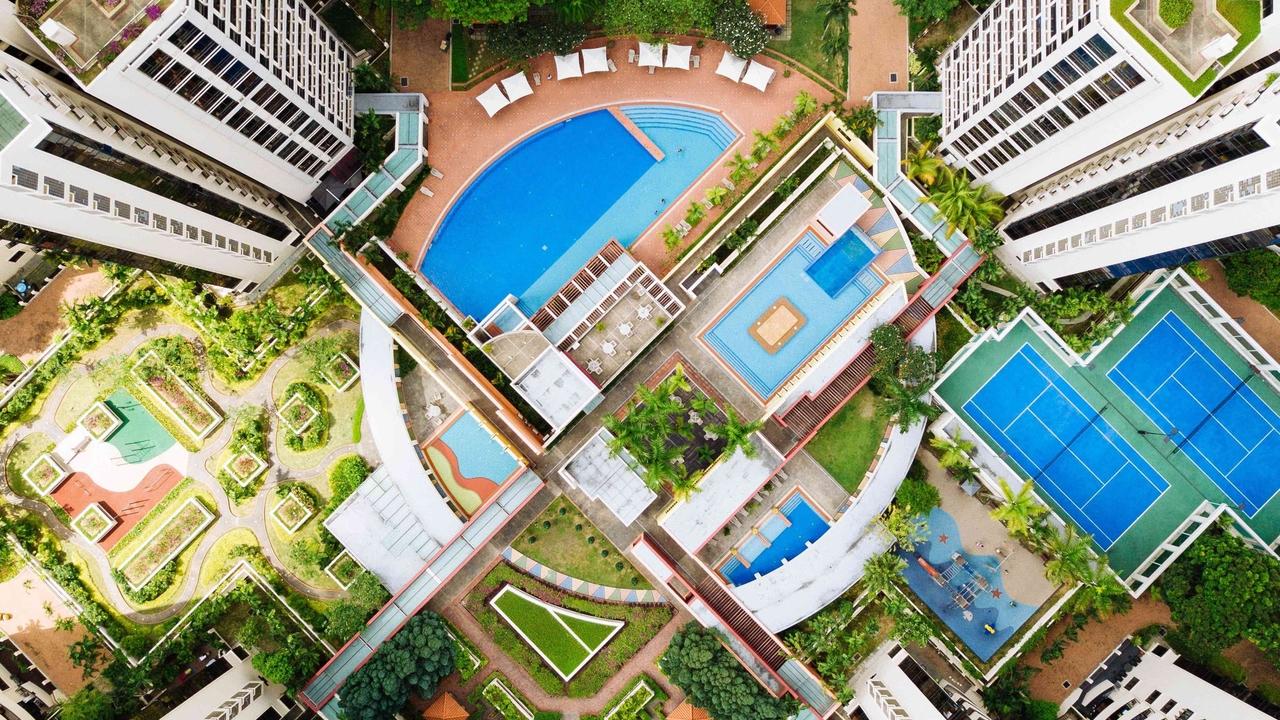 This post was written as a guest blog for Percolab.

I am writing this post sitting in the airport in Columbus, Ohio. It is currently 9:46 and my flight to Chicago and then on to Montreal should have departed at 8:27. It didn’t. Not because there are weather conditions here or mechanical errors or any other local disruption. I’m sitting here because of the domino effect.

Hurricane Dorian is busy pounding the Bahamas, and flight changes on the East Coast are causing mass disruptions in other parts of the country. For those who need more proof that we are all connected, be it by climate, systems or thought patterns, this is just the tip of the iceberg.

I want to make the case that our narrative ecology is the same. In other posts I’ve taken the forest ecology — and how trees continually communicate with each other — as a metaphor of how human systems interact. Trees are connected by the mycelium sheath. Mushrooms connect the individual root systems of trees, both exchanging vital nutrients and allowing them to communicate. When one tree gets attacked by pests or illness, other trees are alerted to engage their innate defence systems.

What connects us is stories. Stories are the currency of human interaction.

In this regard, humans are just like trees, but what connects us is stories. Stories are the currency of human interaction. They create our lens on the world and shape how we believe we can take action and how we see the evolution of things around us.

We look at urban landscapes most often with a view to seeing what is useful and how to engage with it. We move through them quickly with the idea of “getting somewhere”, but we talk about them using nature idioms, like “the canyons of New York”. This should alert us to something hiding in plain sight.

What we forget is that our urban landscapes are man-made ecologies, and function as such. We think of development projects as separate entities, unrelated to anything else and creating only a local sphere of influence, forgetting how each part of an urban infrastructure affects every other part. When we think about development, often we are guilty of swimming pool thinking — with separate pools dotted here and there and belonging to individuals — when we should be using the river as a role model. The river and the banks of the river are intimately connected and each affects the health and vitality of the other. What happens in one part of the river flows on to other parts, impacting them in turn.

And just as the majority of the mushroom kingdom’s work takes place underground, we most often fail to see how our stories about these landscapes impact not only how we feel about them, but their ongoing impact on our overall urban connection, health and potential future.

Taken together, our stories form a narrative ecology of place. When we forget to tend the narrative ecology, it can set up an immediate “them vs us”, especially where urban development is concerned. Developers are seen as having the power while the public has little influence over the urban landscape they are forced to inhabit. It seems that all the decisions are made behind the scenes, either in boardrooms ordinary people have no access to, or behind smokescreens of faux consultation.

In this time of citizen uprising, it is important that developers and governmental organisations become aware of two important story attributes.

First, those working with development, governance or with community need to be aware that every person, place or thing is actually a storyfield. No one — and no thing — is a single story. Each place is the intersection of all the stories we hold about it, all the stories of its past, all the meaning we make about how that past is currently manifesting and all the stories that are leading into its future.

This field of stories is every bit as powerful — and perhaps even more so — than the bricks and mortar a current structure provides. Stories give structures meaning, and until that is changed, even razing buildings to the ground will not change public interaction with place.

Secondly, it is important to realise that stories are always being created in the minds of people. As humans we are always trying to make meaning of our surroundings — we can’t help it, that’s just the way we are wired. Often leaders of big projects stay silent when they feel there is nothing to report, but therein lies the problem. People will make up their own stories because meaning making always arises to fill the void. By opening the way for storymaking to become a community role, we can invite the shift of a storyfield to its higher potential.

Look at it this way — the story is continually going on in the background, whether you choose to engage with it or not. Harnessing its power necessitates being open to what others see. This can be a messy and emotionally charged thing to do, which is why it is often not done. But the results are worth it. More eyes will be able to see possibilities. More hands can offer greater resources. More commitment leads to a field of stewardship in place. As the old African proverb so strongly states: “If you want to go fast, go alone. If you want to go farther, go together.”

Co-creating community narratives is pioneering work. So often those in governance or in the role of developer make plans and then attempt to check them with the public. This acts very much like a fait accompli, it feels like someone else has already decided and is just asking for the rubber stamp. Community engagement may seem to take longer, but it builds not only commitment to the outcome, but also the capacity for community members to become more engaged, more intentional in workings of community and more connected to their fellow citizens.

Cutting edge engagements are taking part all over the world. In the UK, the Leeds Poverty Truth Commission has moved into its third year, changing the way local government deals with poverty in the community by engaging those impacted by poverty as commissioners. The commissioners share their personal stories, which form the foundation for moving towards initiatives that will really make the difference.

Ireland began experimenting with citizen assemblies in 2012 to discuss important topics and then influence parliament. Work like this led directly to Ireland enacting the right to same sex marriage and brought politics alive to ordinary people. Again, sharing personal stories is key to creating connection and understanding between delegates. It helped them to navigate the rough waters of difference and diversity.

In Montreal Percolab is working at the innovative edge of community engagement, taking the conversation to the streets and places where people experience their life and work — the alleys, foyers, elevators and intersection places where people are, right in the midst of their stories about place.

Engagements like these allow the power of place to become visible. They surprise and invite people to become thoughtful about their immediate and wider environments and how they interact with it. In doing so, ordinary people become both awake and empowered to become protagonists for positive change in their environments. I’m watching their work with great interest.

I call this work Story Activism.  It is about using innovative ways to find out what stories are alive within people about place, seeing how they weave together and working to help shape and propogate the stories that will take us to our most flourishing future.

This is important work, especially now. Most people in the world now live in urban environments. This is fundamentally changing how we see our world and our place in it. As Churchill so famously said, first we shape our environment and then it shapes us in return. With all the challenge and change in the world today, it is vital we take a deeper look at the stories we are living in, because they are also the ones we are living into.

Everyone has their part in the story. Finding ways we can work together to create thriving urban ecosystems is the work that’s called for now. Collective narrative and sensemaking is one of the most important foundation stones for the future.

And me? It took more than 14 hours, but I finally made it to Montreal!

Photo by chuttersnap on Unsplash