Keep calm and story on! 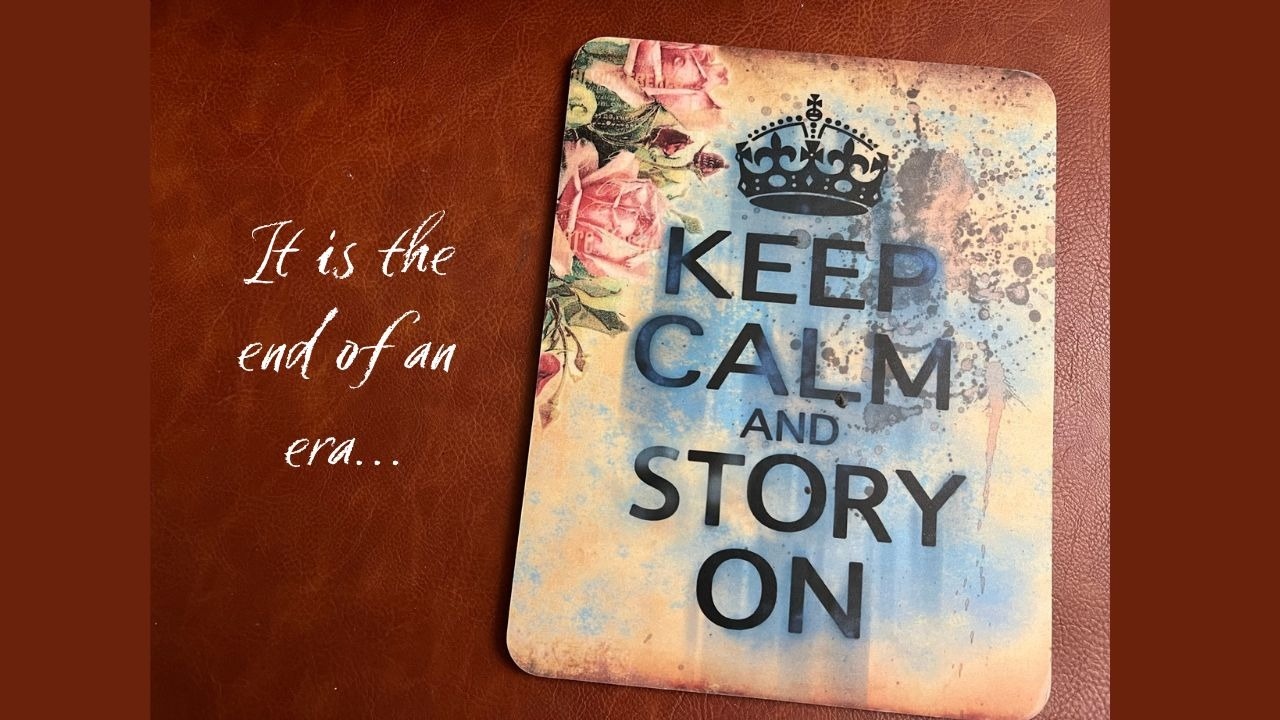 If you've been keeping track of the news, things have been challenging for Britons recently. And yesterday the twist in their storyline struck at the heart of the nation, as the monarch who had seen nearly a century and held her role for 70 years passed on.

Now the country -- and the monarchy itself -- is standing in a change of story. What will happen now?

All of us -- as individuals and collectives -- will face these fundamental story shifts at one point or another. The business founder moves on or a partnership at the core of innovation breaks. We experience the death of a loved one or the end of a relationship. Drought comes to stay, fire sweeps through, an accident happens; and in a moment nothing is the same.

How you face these moments depends on your story.

David Cooperrider, one of the creators of Appreciative Inquiry, says that there are three stories every human being, and therefore any human system, needs. These are

The new King -- as would any new leader -- will need to navigate these three stories as he takes up his new role.

The story of consistency

For Britons, and indeed the world, the Queen was a solid and foundational presence, enduring even as other leaders came and went. Her reign saw massive changes throughout the world and in the British sphere of influence and yet she was as dependable icon.

What will the new King do to continue this story of consistency, even though his time will not be as long?

At 26 and becoming Queen, the then Princess Elizabeth took up the moto "I serve" and lived by it all her life. What is your consistent motto to live by?

The story of novelty

Earlier in his life, Charles often came under fire for his viewpoints. He was vocal about climate change and environmental protection in a time when it was not front page news. And yet now, he seems more in sync with the times. What other change will he bring to the institution of the monarchy?

Once Great Britain ruled an empire upon which "the sun never set." This came at the cost of freedom for millions under slavery, the undermining of indigenous rights and the stripping of natural resources. Today this behaviour continues in the form of racism, classism and all the subtle and non-subtle ways the dominant narrative of white supremacy is practiced. It has helped to create a planetary crisis in the way we treat the earth.

So what could "Commonwealth"mean today? What plot refresh can the new King bring to re-focus and re-enliven the story?

The story of transition

It is glaringly obvious that the UK -- like so many other countries -- is in the messy middle of its current story. Things have gone from bad to worse for the average person. Systems are at the breaking point. The country's standing in the world is fundamentally different that at the beginning of Queen Elizabeth's reign.

How will the new King point to ways citizens can both stay together and weather the upcoming storms? How can he help people to see beyond what divides them in a way that can flow into every day life? The British monarchy does not have functional power, but it has moral power. Using this appropriately can strengthen the story of hope.

This is the time for some potent storytelling, focusing on the themes of consistency, novelty and transition. What would you do to create a strong story moving forward?

The "Keep Calm and Carry On" poster was created in 1939 to provide motivation in the face of the upcoming turbulence of war. Even though thousands of copies were printed, it wasn't displayed much at the time and so it was forgotten. That changed when it was rediscovered in a bookshop in 2000. It offers us a new perspective today...

Keep calm and story on.

It doesn't mean ignore the deep stories that need to change and just keep going. It means to see them for what they are and start shaping the stories that will carry us all well into the future.