Unpacking the privilege of the dominant narrative

about stories stories from the journey story activist storymaking Jun 13, 2018 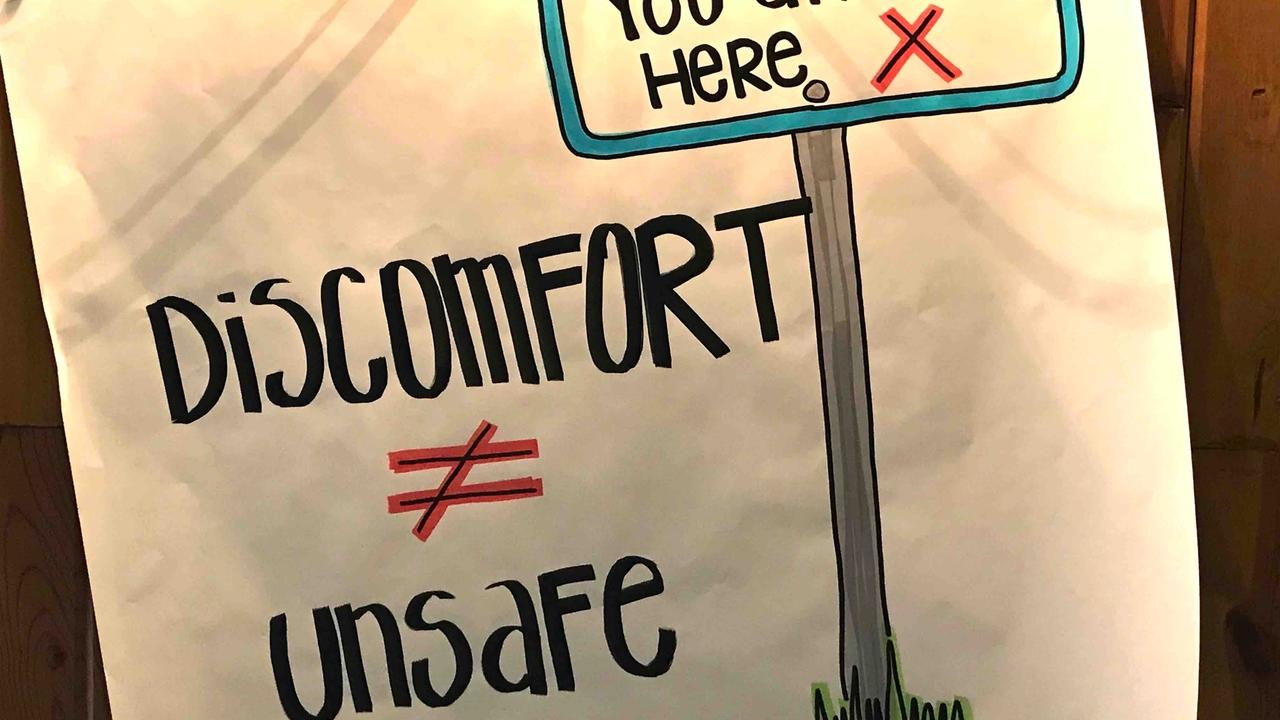 It was really only about three weeks ago that I finally learned how to spell the word privilege.  It may take me much, much longer to really unpack the privilege I have.  And it wasn't that I was unaware that I had any, but that my life and work are bringing me new ways to shine a light on what that looks like and how it behaves.  And much of it has to do with the invisible dominant social narrative that demonstrates itself every day in ways so many of us who are part of it are blind to.

Last week I spent five days steeping in an intense conversation about race, power and privilege. We on the hosting team invited participants into what we called a "shaky sanctuary". We told them that discomfort doesn't mean you are unsafe, it means you are learning. It would be fair to say I am still recovering. And I've been distilling what I learned.

Over a lifetime of journeying around the world, I've bumped up against the edges of the dominant narrative many times.  Here are a few that stand out in my mind. See if you can find the thread that ties them together:

Moving to New Zealand.  I moved to New Zealand in the early '80s. The land marches were on, as Maori anger about rights to land and property exploded. They were angry, too, about how the colonial system had almost robbed them of both their culture and language. A renaissance arose out of all that energy and today New Zealand is a different place as a result. In those days  New Zealand also had a strong narrative about what Maori couldn't do, which overrode the truth of a history that had proven Maori to be smart, strong and quick adopters of new technologies. Before the tide of new comers swamped the locals in the 19th century, many Maori tribes were making a tidy profit sending meat to the struggling Sydney colony across the Tasman. Nobody called it entrepreneurism then.

Visiting Zimbabwe.  In 1996 I was in Zimbabwe supporting the development of a customer service training programme based on KiwiHost, the training package I managed for the New Zealand Tourism Board. In it's first five years we trained 75,000 people and made a significant mind shift in how the country saw customer service.  While supporting the new "ZimHost", I lived in the former Anglo-American compound. The staff there were wonderful and one day I had a conversation with one of the Shona team, who told me that he longed for a traveling life he would never be able to have. Not only were black support staff wages so low that he couldn't afford it, but the strata of society he belonged to told him that since his father had been a manual labourer, he would be as well. And that's all he could aspire to. Game over.

At the learning village British Columbia.  It is the land of cedar and eagles, and to my taste buds there's nothing on earth quite like candied salmon. We were invited to a learning village in support of an extended family who are part of the Nuu-chah-nutlh tribe. The intention was to talk about and plan a possible development for young people to come and learn indigenous wisdom. It turns out that we were not meeting in a neutral place. Is any place neutral once you know its stories? The resort near us at Tin Wis had formerly been a Native School. One of the uncles shared with us his deeply personal and painful story of being taken from his family to one of these schools. Today we would call the treatment he received extraordinary child abuse, then it was part of a practice that happened in most, if not all, colonial societies. Far worse than the intention of "schooling" was the assumption that this was both fair and kind. Here's my blog about that experience.

The New Story Summit.  In 2014 I was invited to an audacious gathering hosted by the Findhorn Foundation in Scotland. It was called The New Story Summit. Over the course of six days 335 participants from all over the world spoke, workshopped, danced, debated, struggled and rubbed up against each other. I think there was the unspoken assumption we are the ones to create the new story! and this surfaced all kinds of agendas and issues. Many times the group fell into polarity: youth and elders, speakers and participants... And through it all, the indigenous participants offered ceremony and healing.  I found myself noticing that, again and again, we turn to our most wounded, those we have taken most advantage of, for healing. Why? Because they still know how and they keep offering because it is urgently needed.

Living in Europe during the refugee crisis. There are currently more than 65 million people in world right now who are refugees. This is not a new trend. But it begin to impact Europe in earnest in 2015 and 2016 when thousands of people sought to come to Europe by the boatload. They began dying at sea and washing up on shore and these graphic images, especially of children, brought their journeys into stark relief. And yet where else could they go? I was in Prague when this growing flood of people were denounced by the government, applying to them the same story you can see depicted on the astronomical clock in the main marketplace dated 1410. I spoke about it in my TEDx talk. And yet this wave of refugees were educated, professional people in the main. I was living in Denmark when the government there decided to welcome refugees by taking their jewellery. Is it any wonder they didn't want to stop in Denmark? Many Danes were confused and saddened by the stream of people wanting to pass them by.

Strategic conversations in Queensland.  In May I was once again in Australia, supported by the Anti-Discrimination Commission and others.  I was hosting the third strategic conversation between local government, federal agencies, community support services and community members receiving those services. The intention of these conversations has been to demonstrate that working together -- through participatory practice -- can strengthen both the relationships and the results that come from them. Each of these conversations has sparked both enthusiasm and deep learning for all of us. At this one I heard about a conversation that took place between three of the participants. One of them was a white Australian, one a Polish woman still wondering how so few people understand the impact both the World Wars and the wall had on Europe and the third an Aboriginal woman. In trying to explain to the Polish woman, the white Australian woman said: "It's because we haven't had any wars here." To which the Aboriginal woman replied: "Yes we have, it has just been invisible to you."

North America Practice Gathering.  Last week we finished a five day conversation here in Ohio with the calling question: "What is needed to consciously host and work through tensions of race, power and privilege while honouring unity in diversity?". It took the calling team more than nine months to grapple with the focus and shape of this conversation. There were many times when I felt like I would fall off the edge for many reasons, not the least of which was the fact I have just moved back to the US and have not taken part intentionally and specifically in this conversation in 35 years. Our days were deep and very intense. For me it felt like being in a rock polisher. Still I am grateful for the awareness and holding my friends and colleagues offered in every moment. One of the strongest learnings came with the question: "Who does the heavy lifting?". In conversations about race, about equity, and diversity, it is most often those who are seen as the "other" who bring awareness to the white people in the room. They live with the effects our society places on difference every day and in every moment. The toll is high. It is time all of us take up our share of the load.

When I look back over these various experiences I can see a consistent thread that underpins them. Our Western world is founded on a white narrative. This is the dominant story that needs to be looked at before any other new story can find solid ground. Are we prepared to see it? For so many white people noticing this prevailing, yet -- to us -- invisible storyline is like being a fish discovering water for the first time. We simply didn't know it was there. But once we find out, what are we prepared to do?

It is vitally important to ask this question, as this storyline has seeped into the waterways and manifests itself into whitening creams in Asia, conversations about skin tones in Africa, discrimination in Latin America and more.

In my own life, this storyline has underpinned many of my privileges:

These are privileges that I have not had to earn, society has given them to me. But shouldn't everyone have them? If we sincerely believe this to be true, then we need to face what is there, but hidden -- the themes and impacts of our dominant narratives.